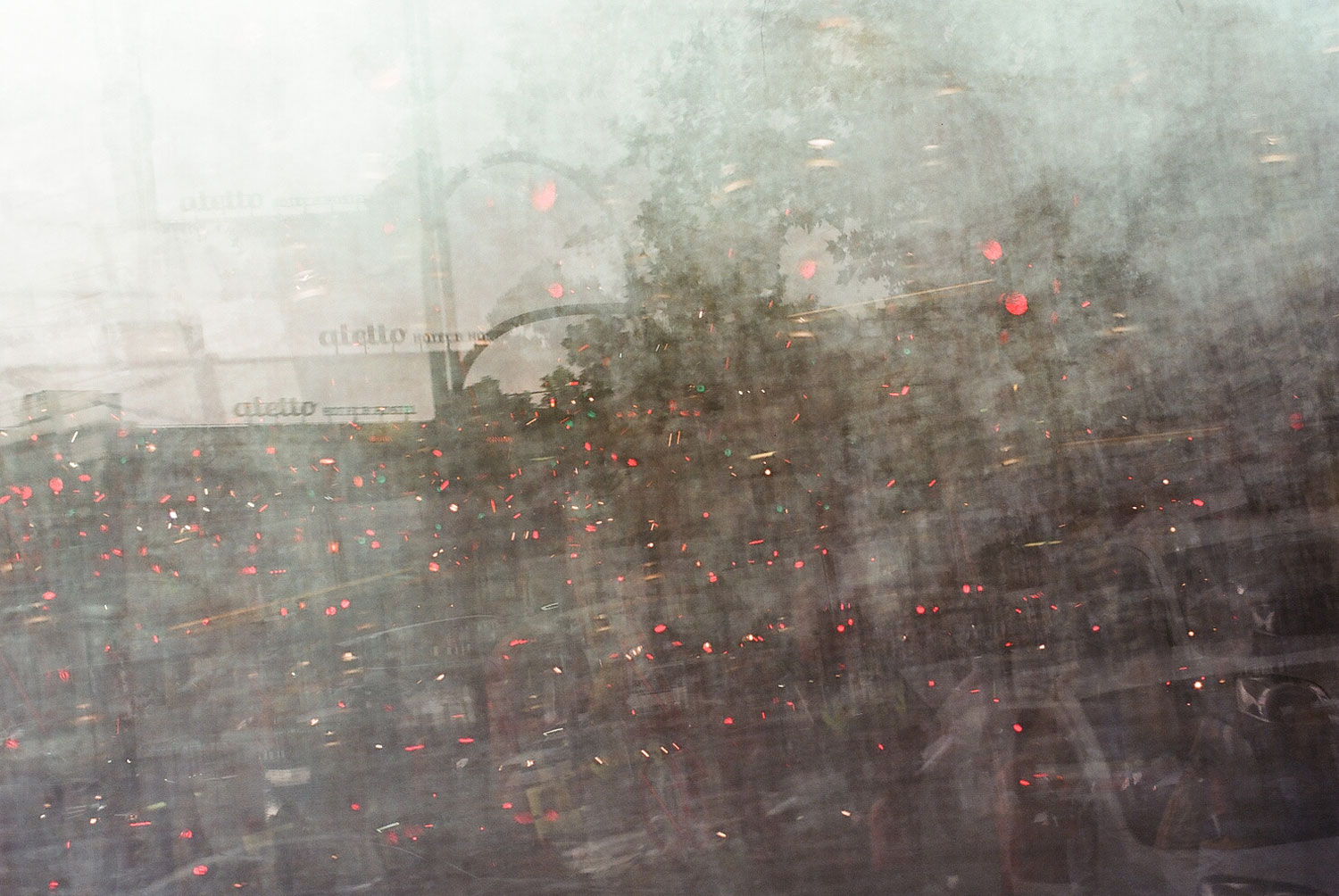 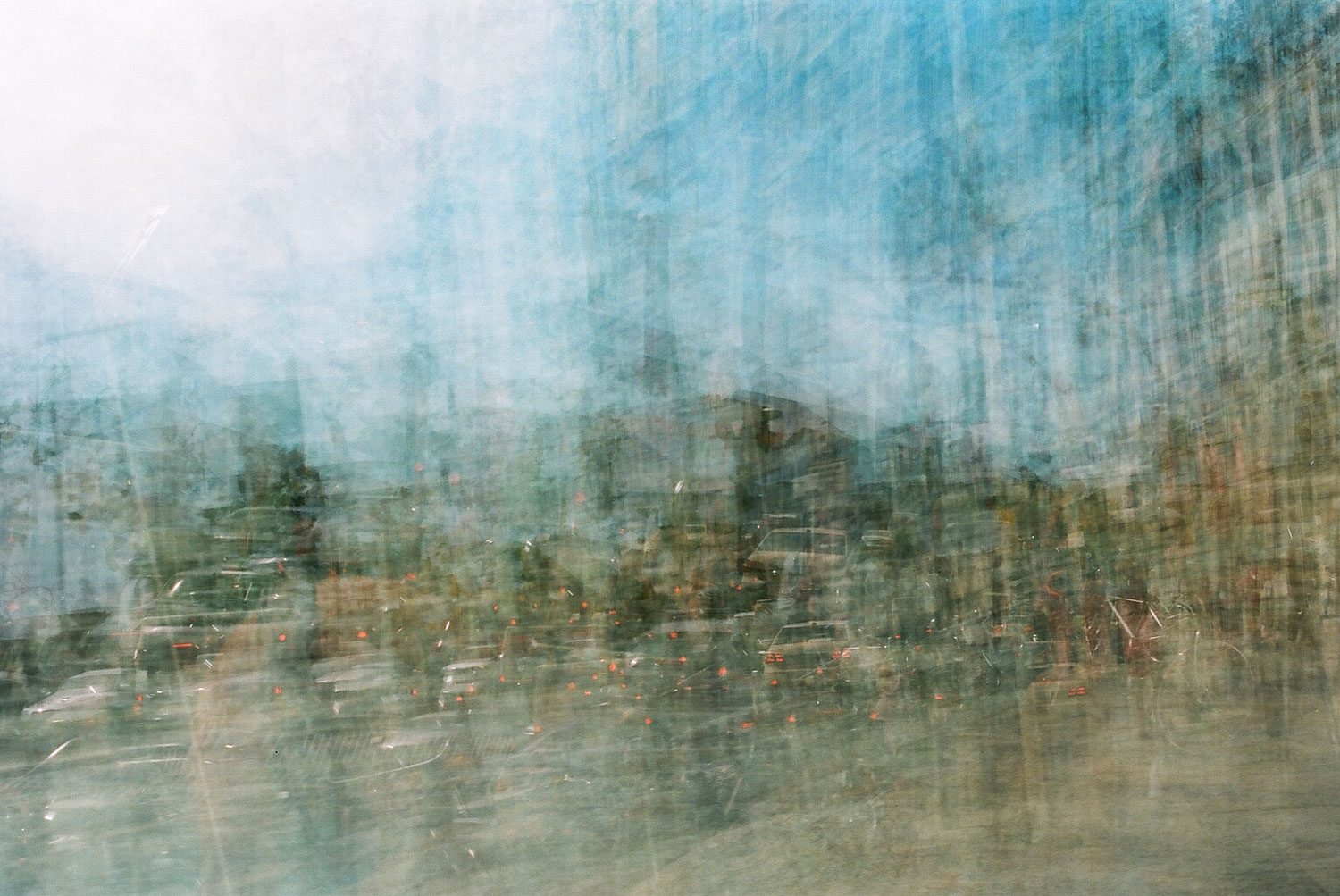 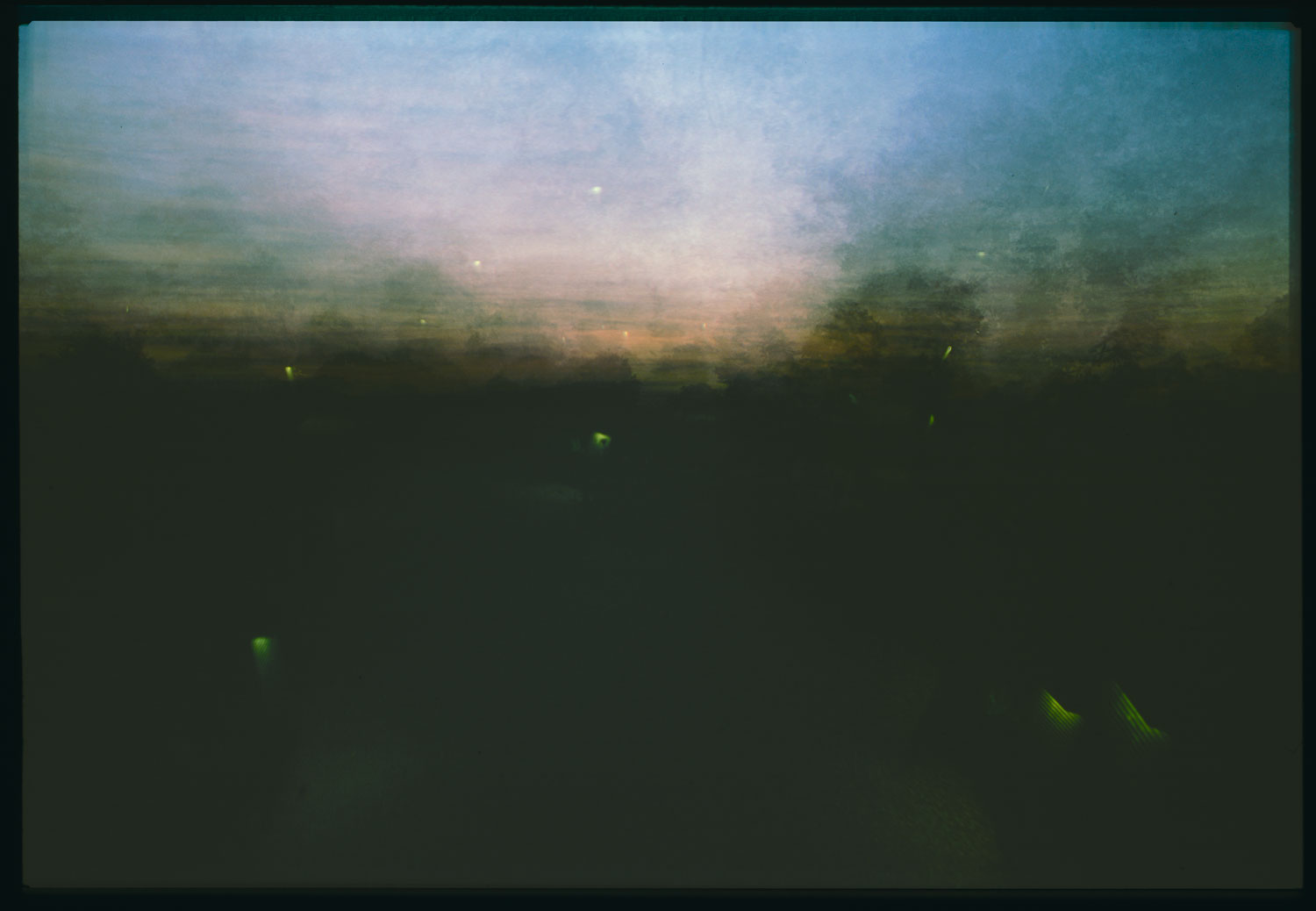 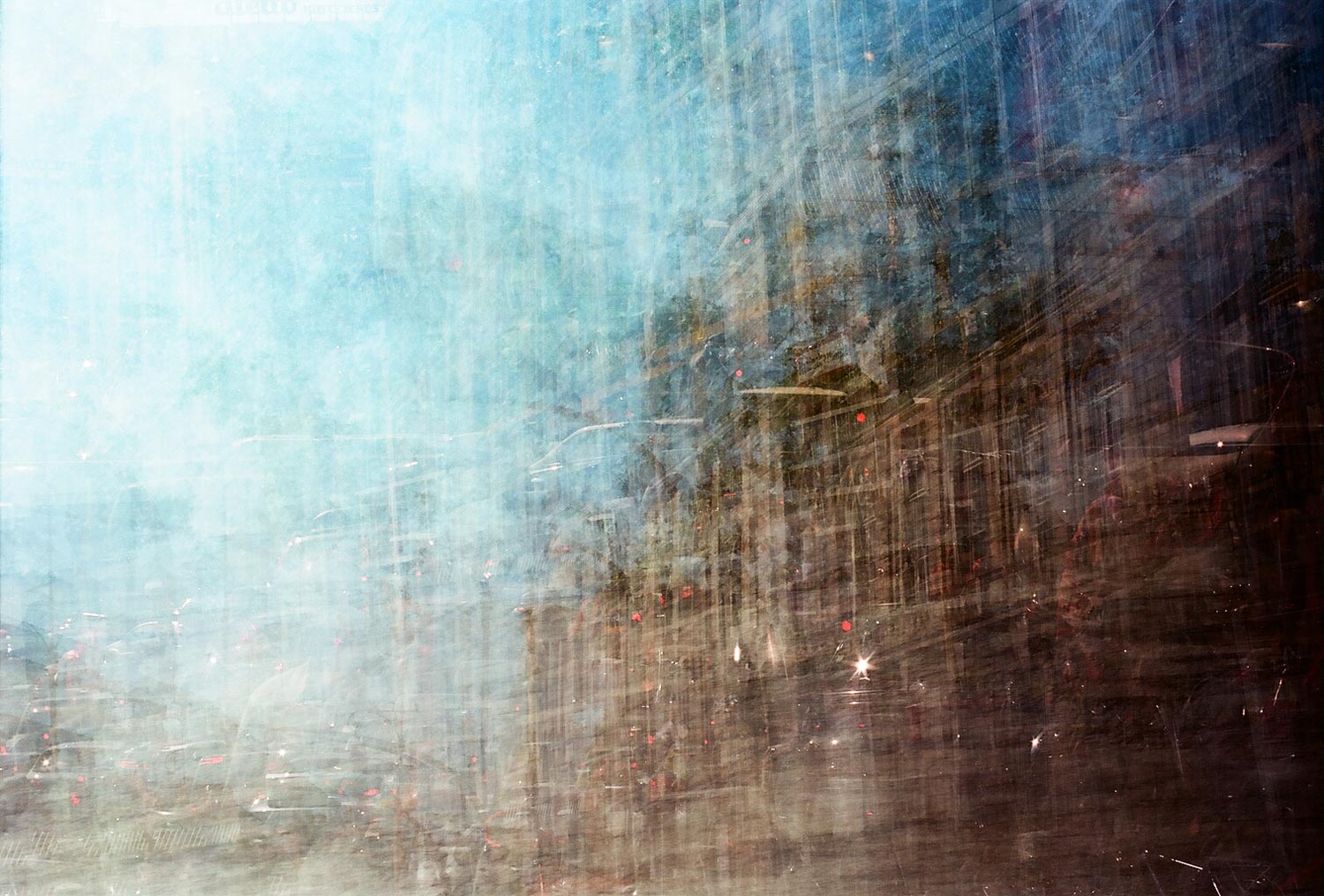 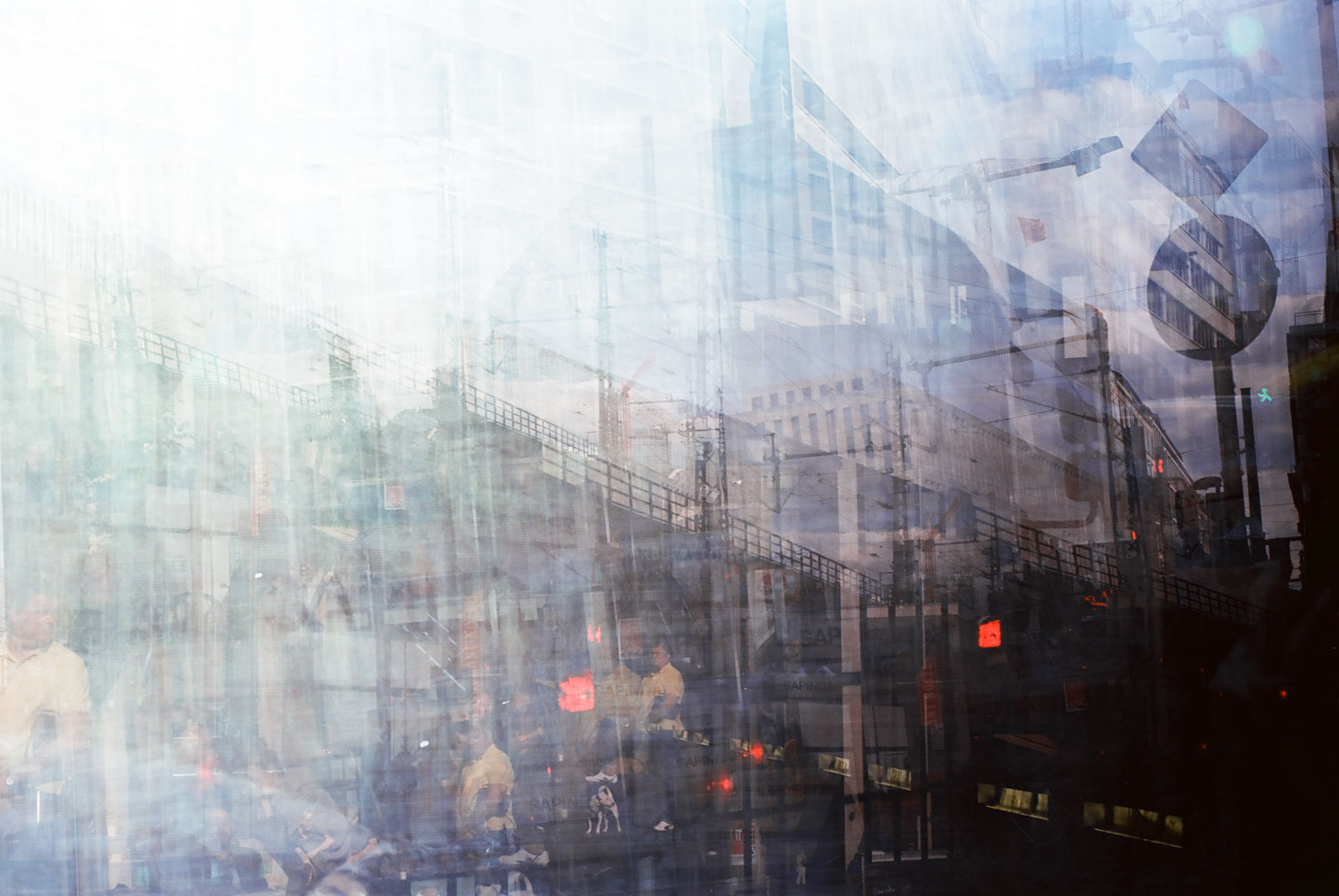 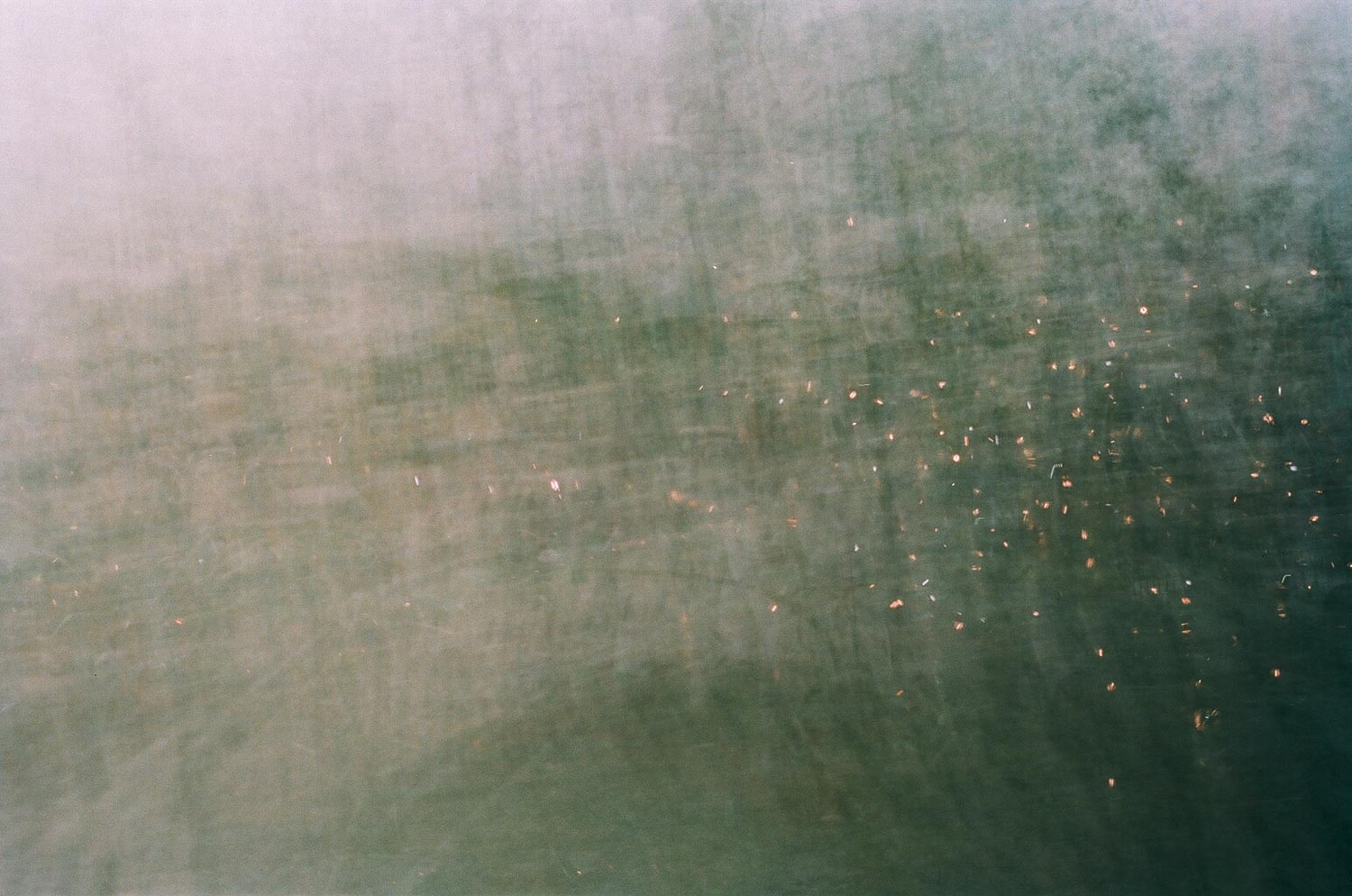 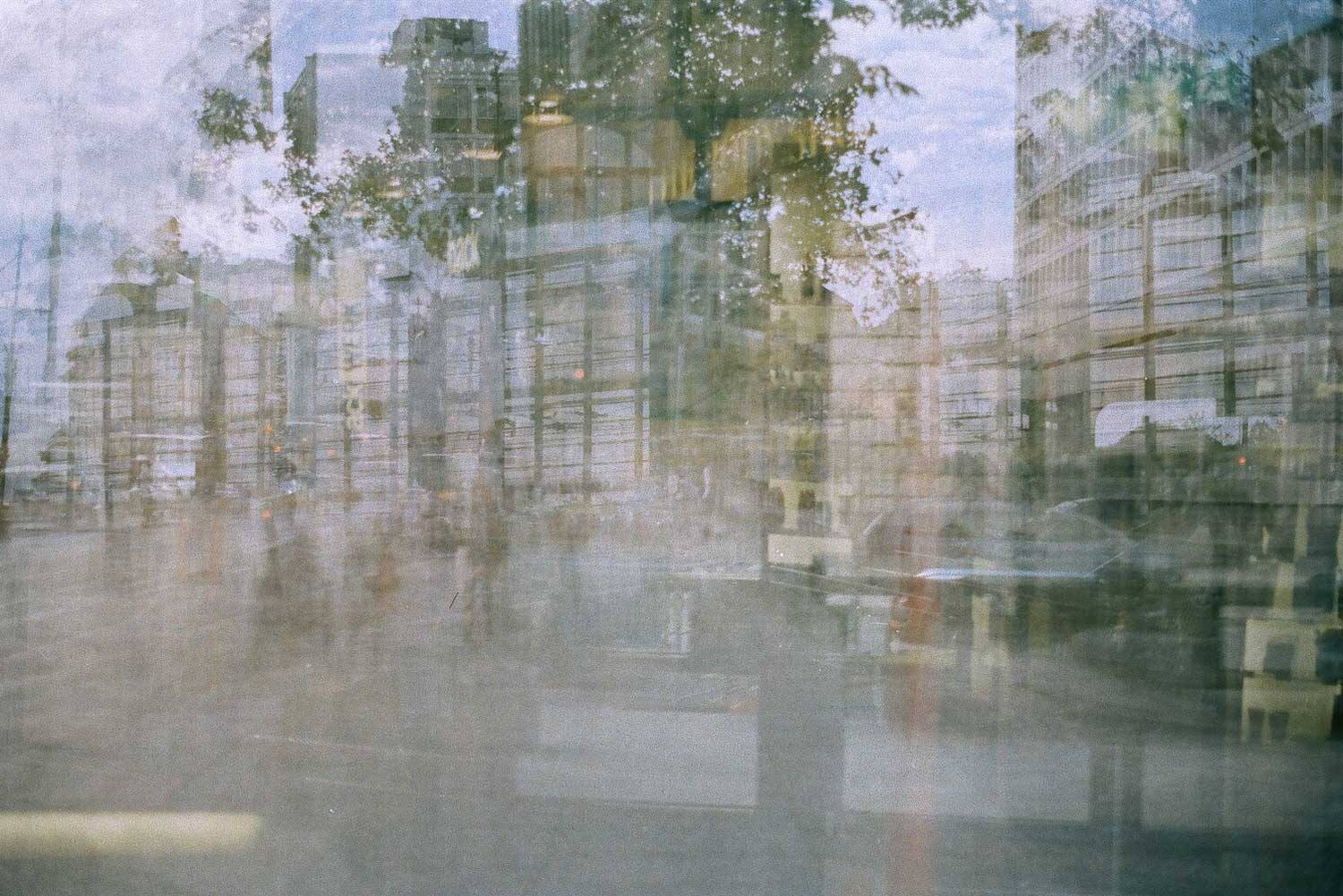 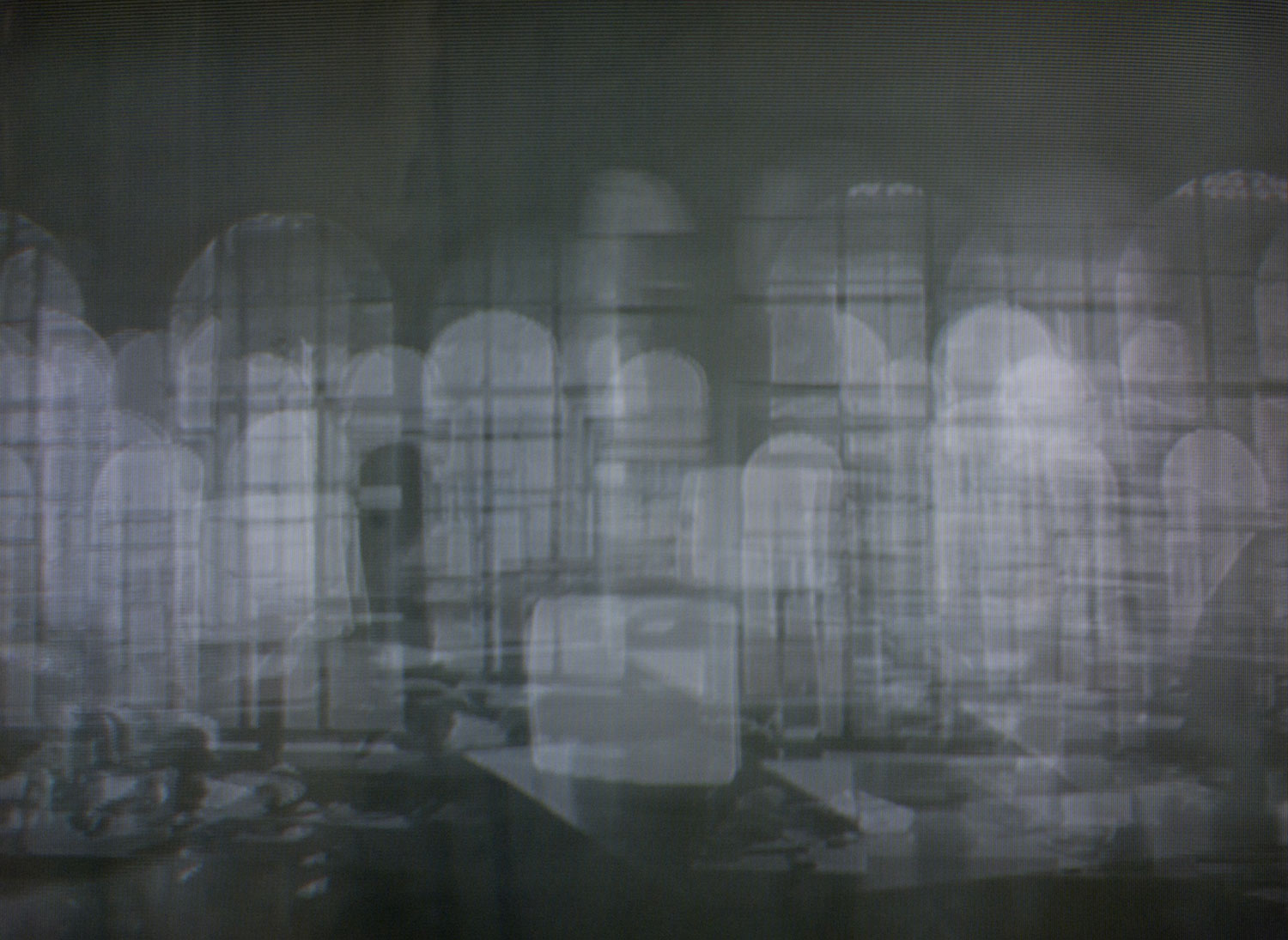 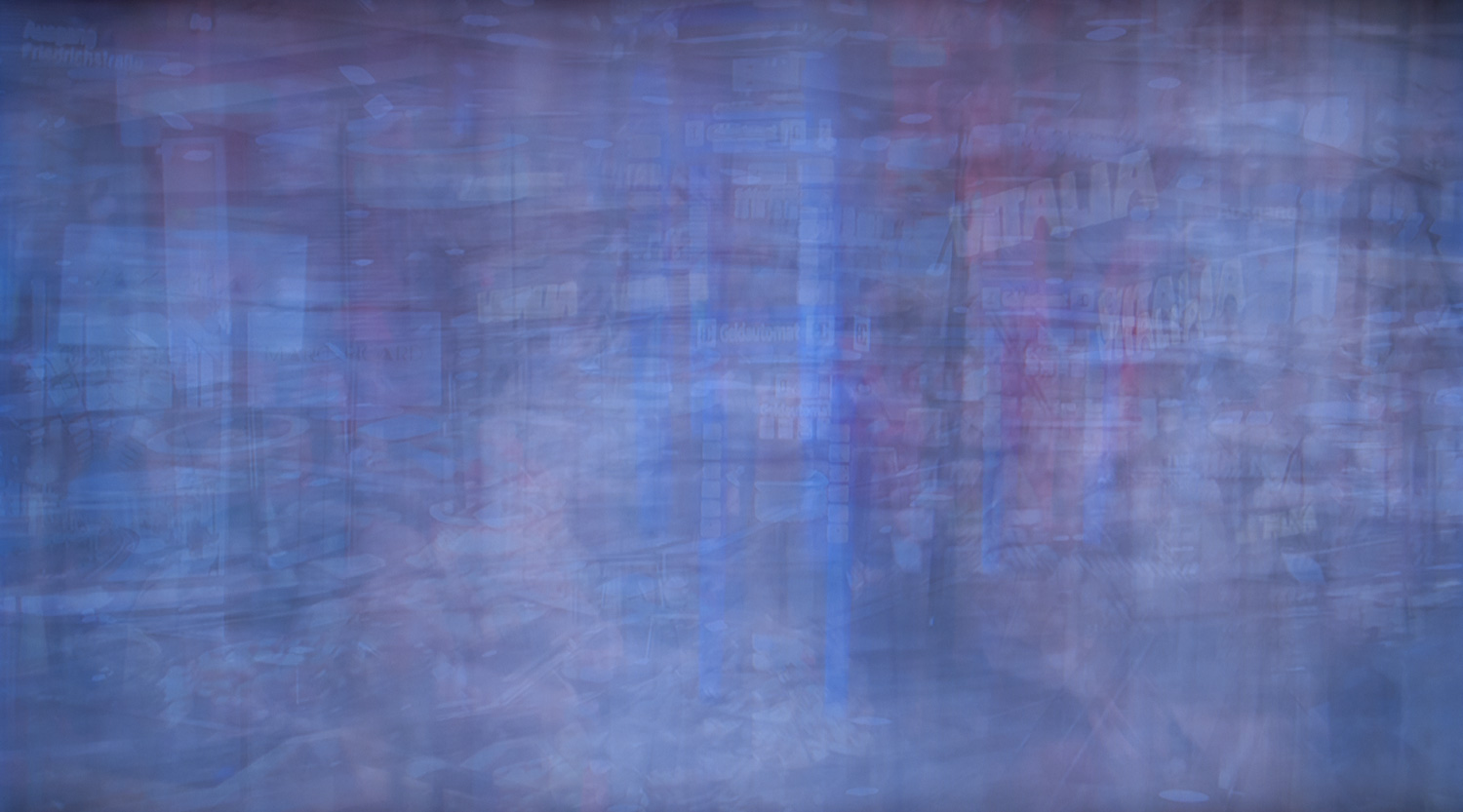 Documentation of journeys. The images describe routes as multiple exposure photographs, one shot every two steps.

The photographs within each individual collapse series, follow the same route; only the light changes between each walk. Clouds part, rain falls, lights turn on, night approaches – altering the moments and the segments which become more present within the image.

A monotonous path which can be forgotten whilst it’s being walked; the image acts as a memory – the light of the surroundings burning into the negative – like an afterimage on a retina. These are representations of the space without time; the image collapses into itself creating abstract forms and general extrapolated colours of the areas depicted.