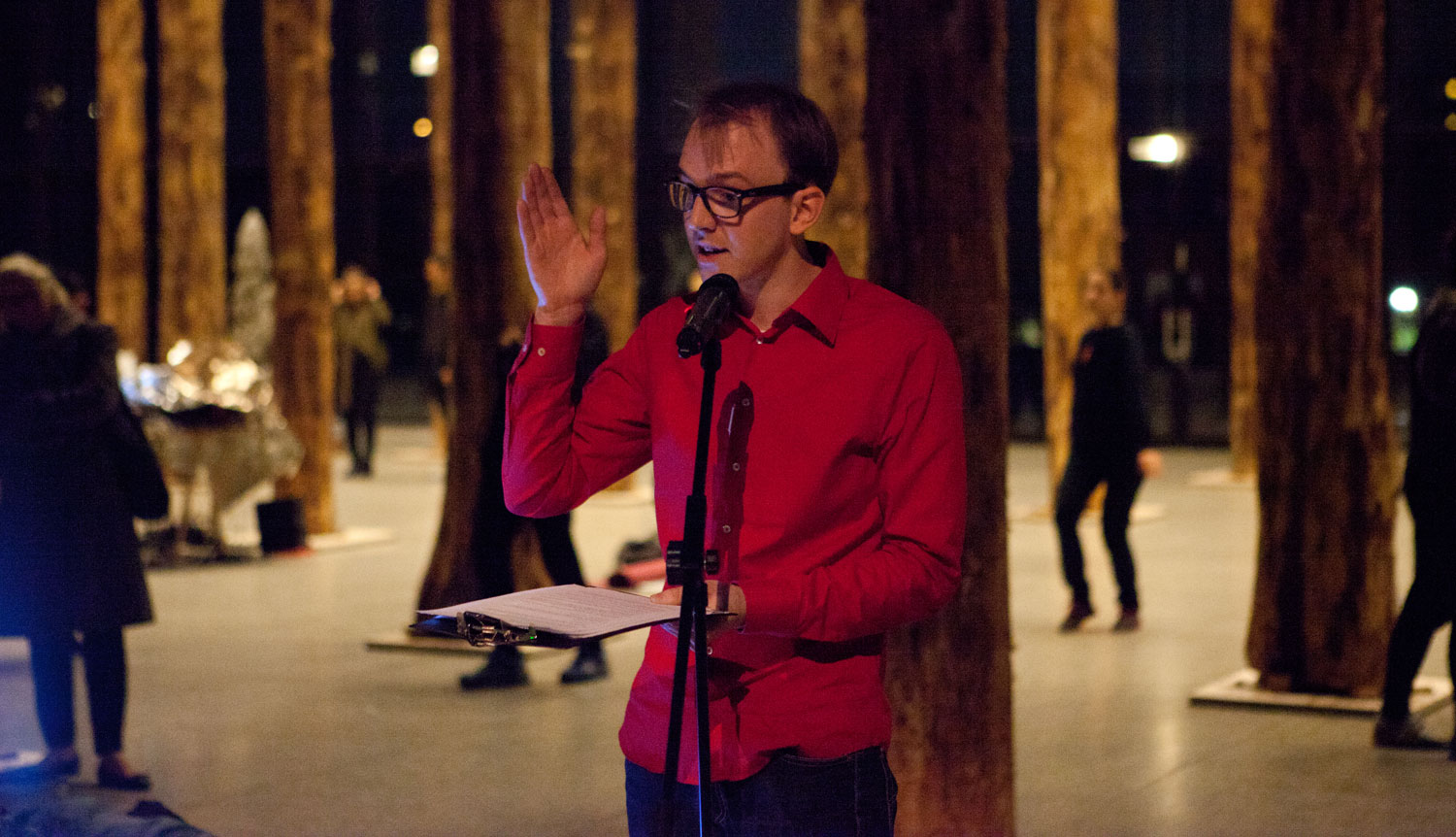 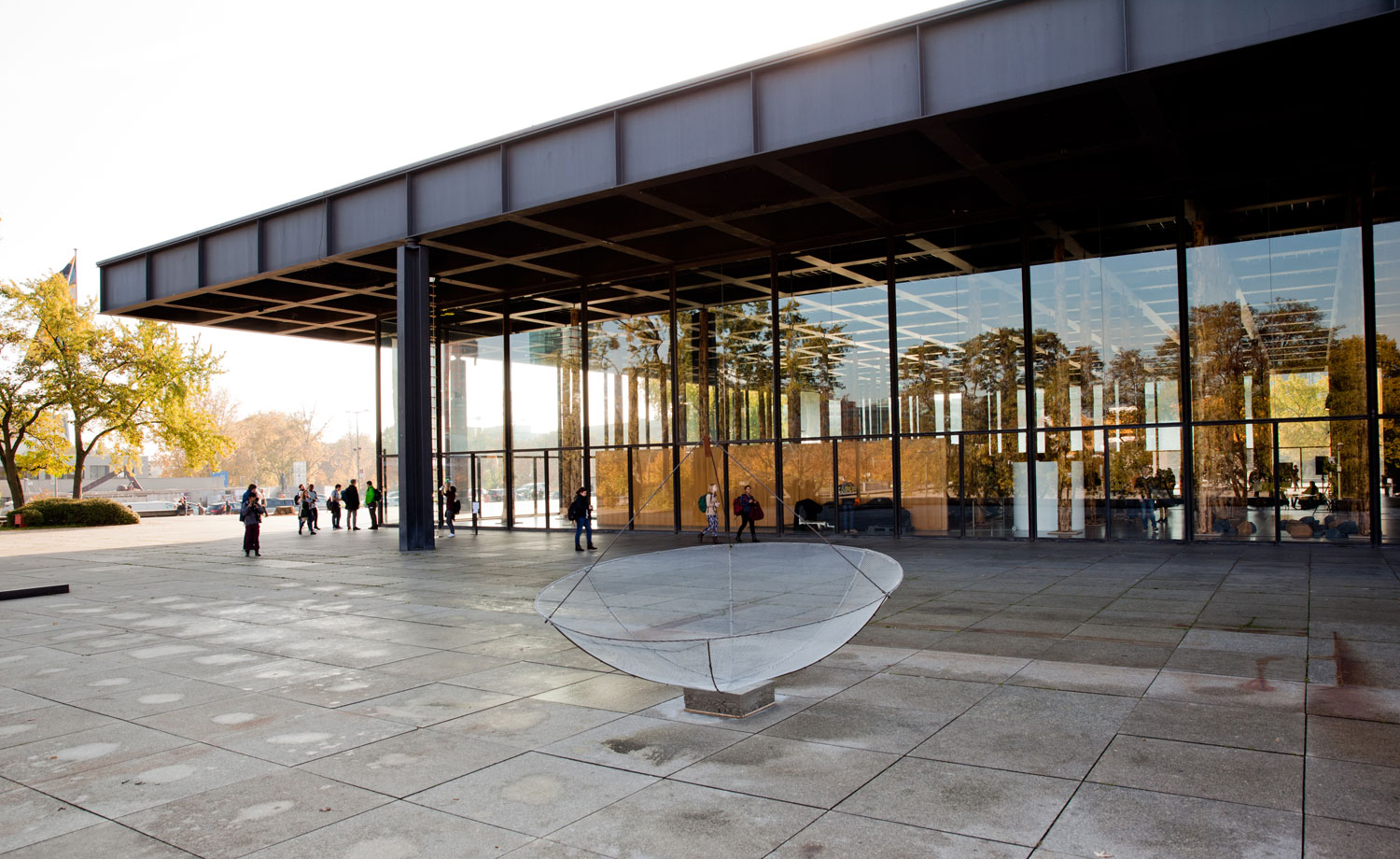 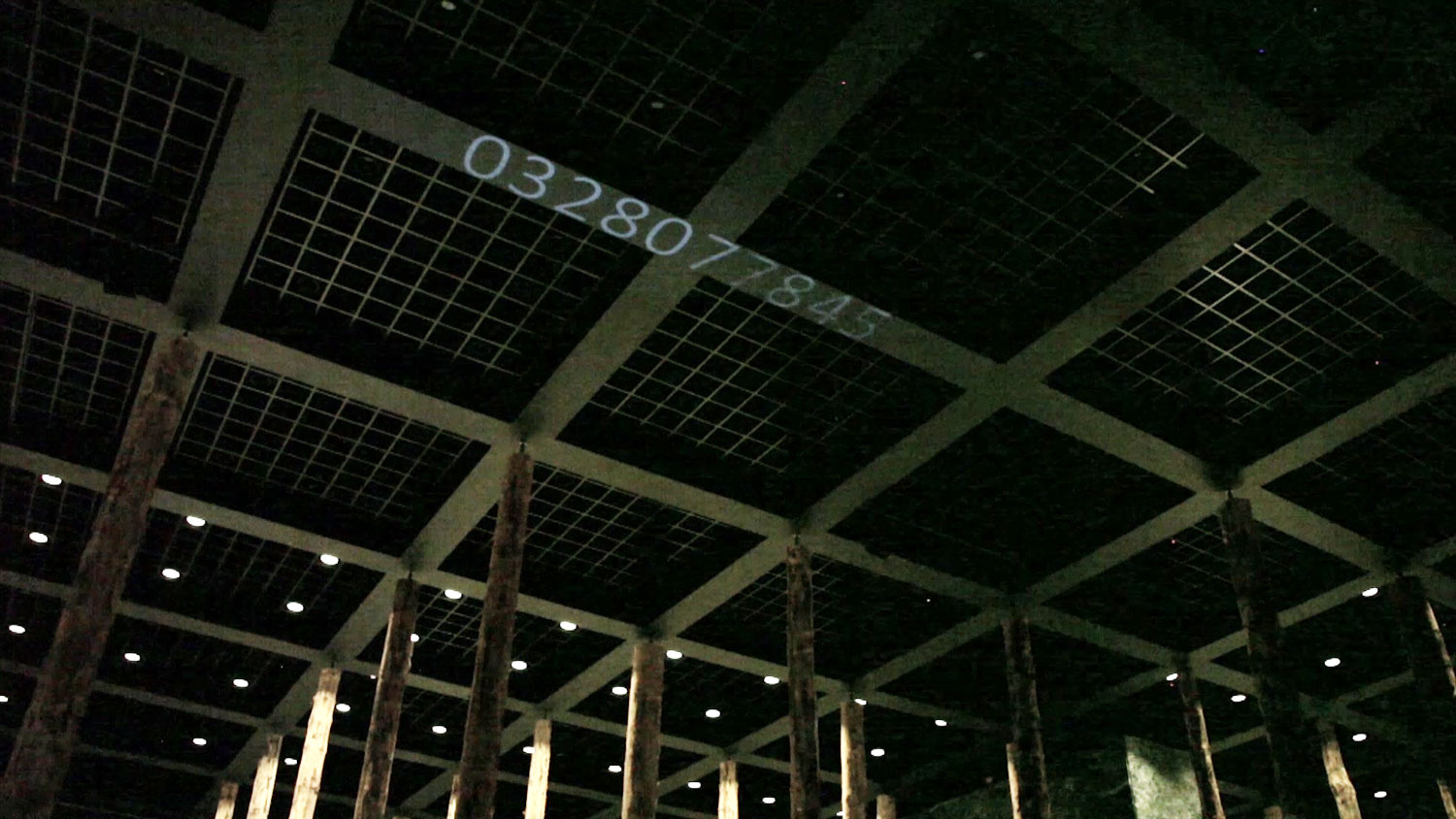 A performative talk about simultaneity, distance and an exuding present.
Every word that was spoken was sent to a large satellite dish outside the exhibition space. The audio information was projected up and out into space as radio waves.
The distance that the very beginning of the talk had travelled and the objects in space which it had reached punctuated the talk and were communicated to the audience via a large projection surface on the ceiling above the stage area.
A static and stationary journey of millions of miles via a satellite dish. A collective moment in time that will remain ever present.