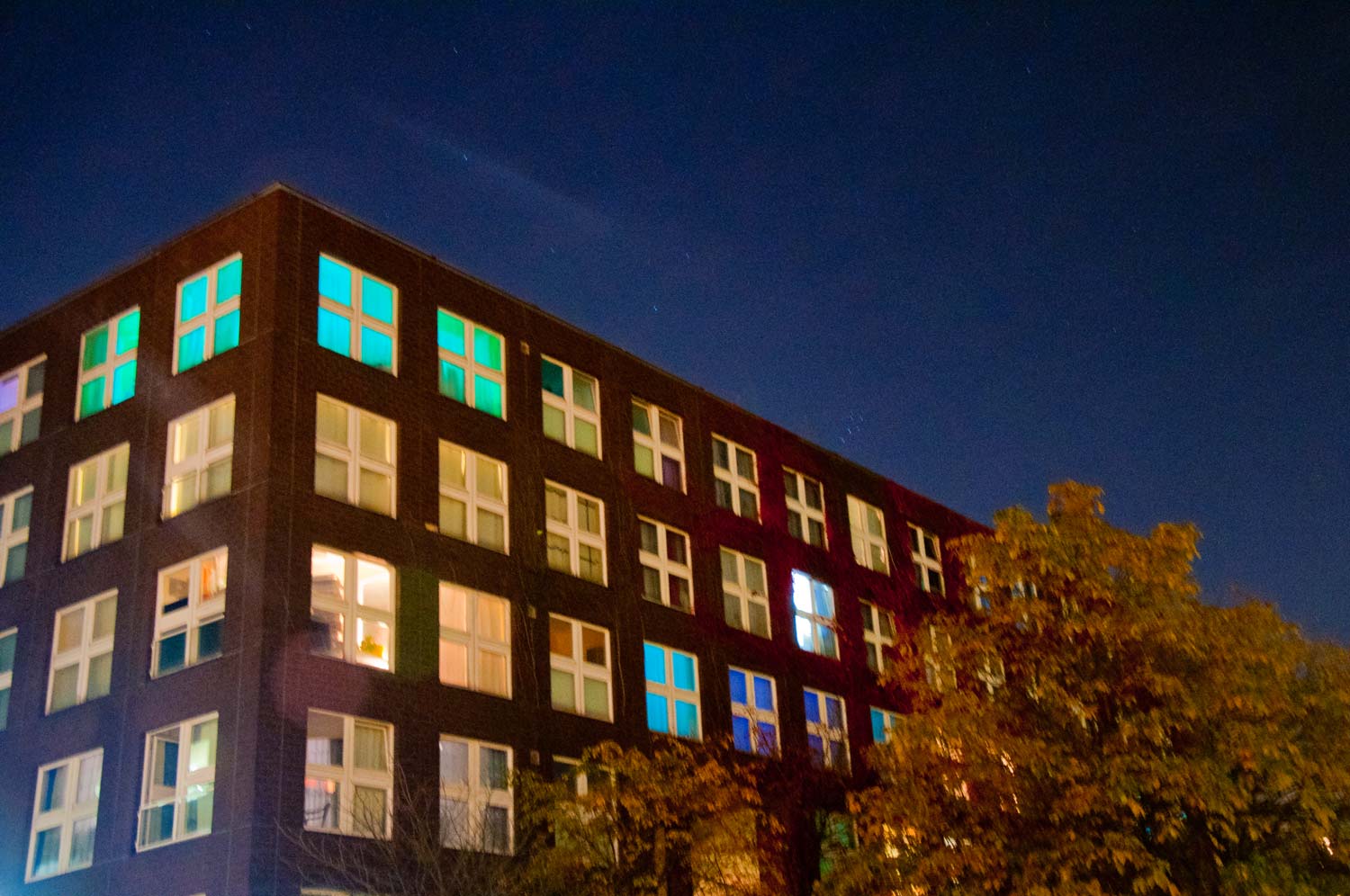 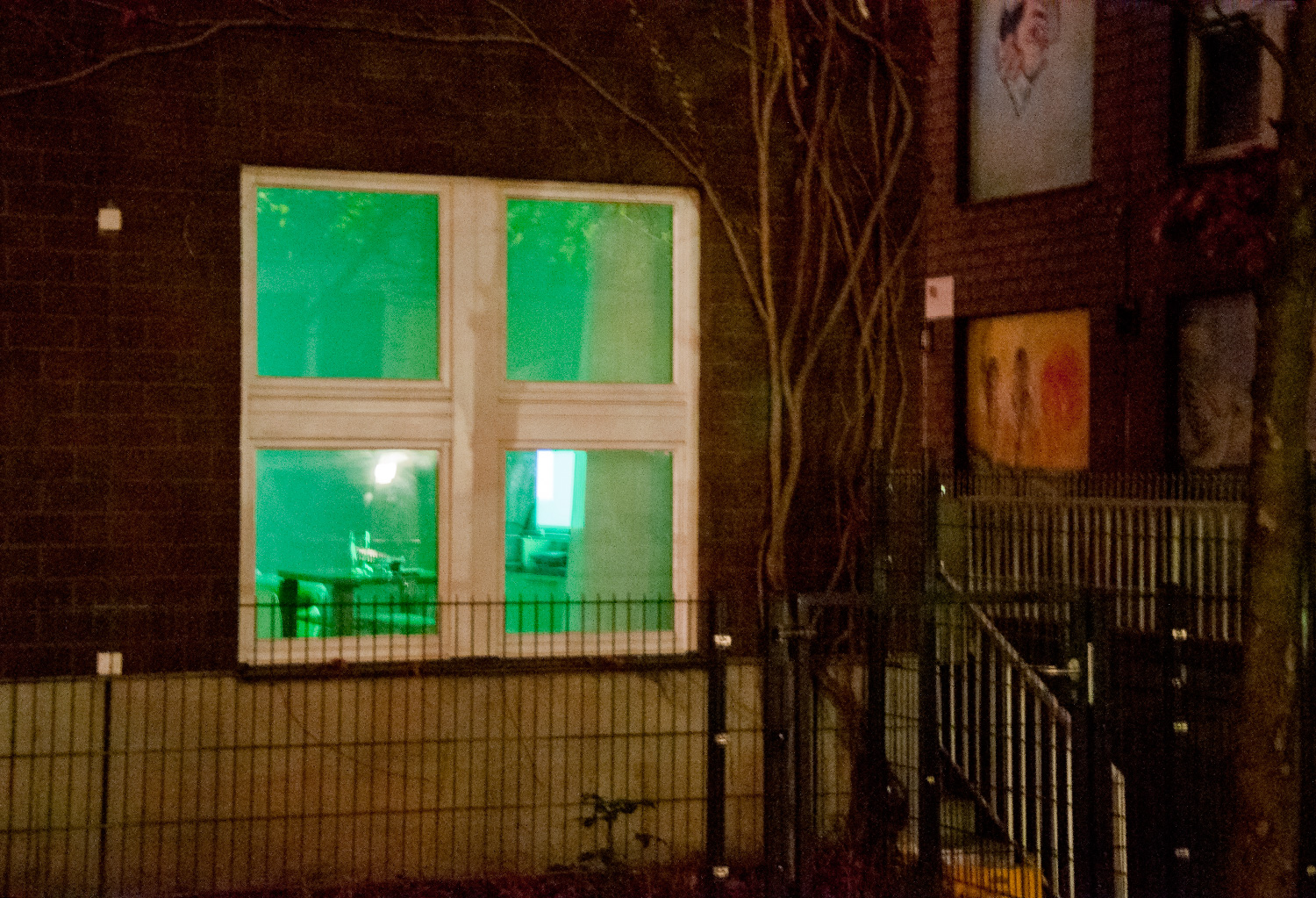 ‘Televisioning’ was an act executed by the inhabitants of a housing block and in collaboration with the Neue Nationalgalerie Berlin. Each flat was given a DVD with a video consisting purely of hues shifting through the colour spectrum in alternating rhythms. After sundown, the residents were encouraged to switch off the lights in their rooms and play the film simultaneously on their TVs, with the anticipation that their windows will glow, at times as a unified block of shifting colour, then a dissonant and desynchronised flashing. This was a work which reflected the community.